On the 30th June Tim Lawn presented  a paper on the ‘Effects of open-label placebo on pain, functional disability and spine mobility in patients with chronic back pain: a randomised controlled trial’ by Julia Kleine Borkmann, Katharina Schmidt, Andreas Hellmann and Ulrike Bingel.

‘From static to temporal network theory: Applications to functional brain connectivity’ by Thompson et al., 2017.  Silvia Fanton chose this article for discussion as she will be applying temporal network theory to fMRI data in her investigation of pain processing in rheumatoid arthritis.  This was one of the sessions of a Virtual Journal Club on Statistics and Neuroimaging Techniques she is one of the organisers of – to know more about the initiative, visit our Research Blog page.

Listen to the talk

Joana Lama presented the scientific paper of Yun et al published in Nature Medicine(2019) and entitled ‘Block of A1 astrocyte conversion by microglia is neuroprotective in models of Parkinson’s disease’ on Tuesday 24th March 2020.

Listen to the talk

The 50 minute presentation can be heard online now – click here

Professor Dr. Frank Richter attended the Society for Neuroscience Conference in Chicago and showed a poster presentation of the research work of his student Fátima Gimeno Ferrer. 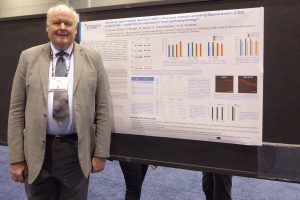 During the TOBeATPAIN training the early stage researchers (ESRs) had the opportunity to gain understanding of legal terms and regulations regarding IP and IPR as well as relevant clauses of the ITN’s grant agreement. Michele Dubbini, an IP and innovation advisor from EURICE, helped the ESRs develop insight into their obligations and rights established by the grant agreement.

This event was organized and coordinated by Astrid Neumann and Katharina Strommer.

The third Transferable Skills Training course “Leadership and Research Governance” was divided into three different talks. ‘Good Documentation Practice’ was presented by Astrid Neumann (Bionorica Research and Supervisor or ERS10 Cristiana Dumbraveanu). The Clemens Schöpf (Medical University Innsbruck) explained his own experience of taking part in a ‘Start-up’ after he obtained his PhD degree.  ‘Good Scientific Practice’  was presented by Gabriele Werner-Felmayer (Medical University Innsbruck) discussing the relevance of fabrication, falsification and plagiarism in science nowadays. 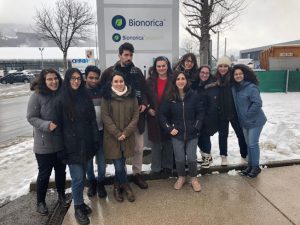 This year the European Researchers’ Night in London was hosted by the Natural History Museum. I was excited to take part in the event as it was a great opportunity to communicate with the public and share some information about our TOBeATPAIN Horizon2020 EU funded research at King’s. One of the activities which took place during the event, was the ‘EU Pub’. 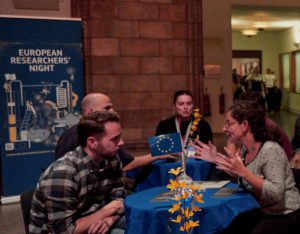 Prof Marzia Malcangio and Prof Eva Kosek presented their work on the role of the immune system in pain and on pain modulation, neuroinflammation, and periphery-to-central nervous system inflammatory cross-talk in patients with musculoskeletal chronic pain.

On 12th of April a celebration for World Parkinson’s Day 2019 was hosted by the Parkinson Foundation Centre of Excellence at King’s and Professor K Ray Chaudhuri (TOBeATPAIN Horizon2020). The event showcased the width of translational and people-based Parkinson’s research that is being carried out in the campus within King’s Health Partners.

This first TOBeATPAIN scientific workshop was hosted by Professor Federico Turkheimer, Dr Mattia Veronese and other members of the molecular neuroimaging group at the Department of Neuroimaging at King’s College London (KCL).

This project has received funding from the European Union’s Horizon 2020 research and innovation programme under the Marie Skłodowska-Curie Grant Agreement No 764860.